Many Ghanaians and Non-Ghanaians at times want to know Stonebwoy biography; his music career and life history. This article will therefore talk about Stonebwoy’s life history and his development in the Ghanaian music industry.

Stonebwoy’s actual name is Livingstone Etse Satekla and he is a Ghanaian musician whose major genres of interest are Afropop, dancehall and reggae.

What is Stonebwoy biography?

When we want to talk about Stonebwoy’s biography,then we must certainly give out key moments in his life.

Stonebwoy which pronounced rightly as”stoneboy” is sometimes vibrantly called 1GAD and is the CEO of Burniton Music Group. He is a winner of several internationally recognized awards like the Best International Act: Africa category at the 2015 BET Awards and Artist of the Year at the 2015 Ghana Music Awards.

Stonebwoy is also been a two-time recipient of Billboard plaques. Generally,his fans and many others refer to him as as the king of reggae and dance hall in Africa.

He has successfully been starred in movies like; Happy Death Day and My name is Ramadan.So it is right to call him an actor.

Stonebwoy was born in Ashaiman which is in the Greater Accra region of Ghana. Back at his early days in school,he was known to be very vibrant in making music.

He realized his talents and abilities as a song lyricist and scriptwriter as far as in basic four at primary school. He partook in writing and acting drama pieces and competition when he was in basic school.

He was schoolmate with musician Sakodie as they both happened to attend the same senior high school which is the Methodist Day Secondary School in the  same year.

Stonebwoy however furthered his education into a tertiary institution. He’s currently a holder of a Bachelor’s degree in marketing from the University of Professional Studies,Accra.He earned this degree in 2013.

He is married to a licenced medical practitioner;Dr.Louisa Ansong Satekla. She is a dentist by specialty and he has two amazing kids with her.

What is Stonebwoy’s style of music and what is he known for?

Stonebwoy is known for his particulate style of singing  in Jamaican Patois. His craft is considered and is considered

multifaceted due to the various uniqueness found in his music.

Stonebwoy has been recognized by many affluent platforms.In 2015, he received many awards and nominations which ranges from “Artist of the Year” to “Album of the Year”.

Stonebwoy biography is a very much one as an album he released in 2015 titled; Necessary Evil, was recipient of 3 Ghana Music Awards out of the six nominations it contested for.

YCEO and Avance media have also listed Stonebwoy as part of their 2019 50 most competitive young.Avance Media is an institution set out to honor  young individuals who have distinguished themselves in pursuing the course of providing solutions to some appalling challenges faced in Ghana.

Stonebwoy pronounced “stoneboy” was born in Ashaiman in the Greater Accra region of Ghana and began making music in his early school days. Stonebwoy realized his talents and abilities as a lyricist and scriptwriter at an early age, remembering writing and acting drama pieces as far back as his fourth year in primary school.

He studied at Methodist Day Secondary School the same year with rapper Sarkodie where he obtained his high school certificate. He hence continued his tertiary education at the University of Professional Studies to earn a degree in marketing in 2013. Satekla is married to a dentist Louisa Ansong Satekla, with two children.

Stonebwoy ragga in Jamaican Patois (Patwa or Patwah), and is considered a “multifaceted artiste” due to the various musical styles he possesses. In 2015, he received many awards and nominations ranging from “Artist of the Year” to “Album of the Year”. His sophomore album, Necessary Evil, was the recipient of 3 Ghana Music Awards from 6 nominations.

Stonebwoy established the ‘Livingstone Foundation’. In January 2017 the foundation announced a sponsorship package for five students of the Tema Methodist Day Senior High School, his alma mater. Stonebwoy has also opened the official BHIM merch shop in Ashaiman. Proceeds from the shop serve as a means to fund activities of the Livingstone Foundation.

He has recently been named the Brand Ambassador for ‘Big Boss’, a new energy drink. In September 2020, Stonebwoy was named Tecno Mobile brand ambassador and unveiled the Camon 16 Series in October 2020.

Satekla kicked off his world tour in the Eurozone in August 2014. He performed in Germany, Italy, Spain, and Austria. His 2016 Canada-America tour saw him perform in New York City, Ohio, Philadelphia, and Ontario. In the same year, he rocked Perth, Melbourne, Brisbane, and Sidney all in Australia.

His second Euro tour saw him travel to the Nordic to thrill fans in Denmark, Finland, and Sweden in the last quarter of 2017. Stonebwoy performed at Reggae Sumfest, Afro nation festival in Portugal, Rotterdam reggae festival, and Uppsala Reggae Festival. Rototom Sunsplash

What prominent albums and singles have Stonebwoy released?

Stonebwoy’s biography is never complete unless his wonderful music are credited. Over the years, he’s released singles like;

You must hence be abreast with Stonebwoy biography;his life story and music career,after reading this article. 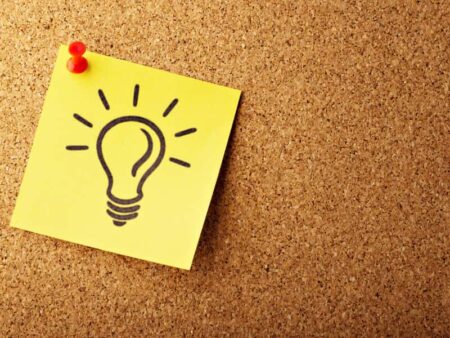 What Is A Business Proposal?