MzVee born Vera Hamenoo-Kpedais a young Ghanaian Afropop, dancehall and R&B music artist. She stormed the music scene with hit singles like Borkor Borkor, Natural Girl among others. She was the new artist of the year award winner in the year 2015. She is signed onto the Lynx Entertainment Record Label.

Mzvee was born on June 23, 1992, in South La Estates, Accra. Her parents are Ernest Hamenoo- Kpeda, a businessman, and Florence Hamenoo-Kpeda, a caterer. She is also the fourth and last born of her parents.

Moreover, she has three siblings, two older sisters; Roselyne and Margaret (Marrgee), and a brother, Christopher.

Mzvee made her debut in the Ghanaian music industry in the year 2012 as the lead singer of Lynx Entertainment’s girl band D3. The group released several singles such as “Good Girls Gone bad” and “Gyani Gyani.” The band however went under in the year 2013.

In January 2014, she released her first single “Borkor Borkor” which turned out to be a hit. Meanwhile, in November 2014 she released her first album which comprised several hit singles such as; Bokor Borkor, dance hall queen, Natural Gift, and so on. The album also featured top artists such as Shatta Wale, Stonebwoy, Didier Awadi, Richie Mensah, and many others.

Her second album “Verified” was released in November 2015. ‘Verified’ got her 7 nominations at the 2016 Ghana Music Awards. Her third album “Daa Vee” followed up in May 2017. This album also came with numerous promising singles.

In 2019, she finally parted ways with her record label, Lynx Entertainment, after which she took a break from the music industry for 2 years. In 2020 Mzvee made a major comeback with the release of a new album titled “Inveencible” on December 11, 2020. The album features the likes of Navy Kenzo, Kojo Funds, Efya, Medikal, Sarkodie, Mugeez and others.

The ‘baby’ singer has also been the World Bank Ambassador for their “End Extreme Poverty Campaign” since October 2015.

Mzvee won the Artist of the Year at the 2015 Ghana music awards and has got several nominations such as;

She is one of the most influential singers in Ghana with an estimated net worth of $1.6 million. However, much of the amount was earned through her music career and ambassadorial deals. 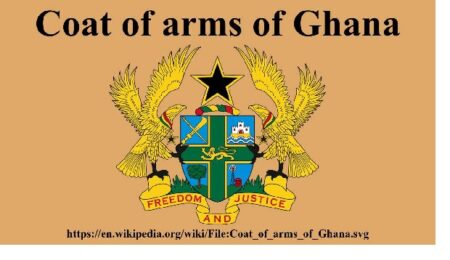 Who Designed The Ghana Coat Of Arms?