King Promise or Gregory Bortey Newman is a fast-rising Ghanaian musical artiste who is known professionally by the stage name King Promise. Many Fans love King Promise for his lifestyle, because you rarely find him living luxurious, taking expensive trips and partying.

However, he calls himself an expensive artist or brand and once said in an interview on the Delay Show that he owns accessories such as watches and sneakers worth thousands of dollars.

King Promise was born to both Ghanaian parents; Mr. Francis Newman, a businessman and Miss Angela Quaye  who is a trader on August 16, 1995. In an interview on the Delay show by host Deloris Frimpong Manso, he confessed that his stage name “King Promise” was coined from a name that his relative affectionately used to call him.

He also said that his love for music stems from childhood, and he used to listen to the likes of ace highlife artistes like Kojo Antwi. King Promise claims his musical career was given a spark when he did a verse on a friend’s song in his early days before becoming a popular singer and songwriter.

His maiden release and first ever collaboration under YB records was “Thank God” featuring UK based Ghanaian act  Fuse ODG. He later went on to do more breakthrough hits with acts like Sarkodie and Stonebwoy. He has two albums to his credit titled “As promised” and “5 star”; the former being his first and the latter being his second respectively.

His debut studio album “As Promised” is the second most streamed Ghanaian album of all time on Spotify as of 2023 with over 37 million streams . The album features the likes of Nigerian aces Wizkid and Mr Eazi, and other Ghanaian acts inlcuding Kojo Antwi.

The 5 star album, his second studio album, was released in July, 2022. It also features the likes of Omah Lay and Patoranking from Nigeria, and British-Ghanaian rapper Headie One. He also collaborated with music producer KillBeatz and highlife ace Ofori Amponsah on the EP Love and Happiness released in October, 2020.

King Promise is known for doing contemporary highlife music with a blend of Afrobeats. He also does Afropop songs. Promise usually describes himself as the bridge between old and young music lovers and thus both the old and young resonate to his music. He has made back-to-back studio hits such as Oh Yeah, Selfish, Abena, Tokyo, Bra, Sisa, CCTV and so on. He also has collaborations with Medikal, R2bees, Simi, and Shatta Wale.

His first ever concert “Promised land” came in December, 2018. The artiste’s brand concert has since been organized annually. The latest edition dubbed “5 star edition” came off in December, 2022. He is currently under the record label Legacy Life Entertainment (LLE) owned by music producer Kill Beatz (Joseph Kwame Addison). Kwame Obeng-Kwapong popularly referred to as Kwaps is currently the artiste manager of King Promise.

King Promise has been nominated for several awards both locally and internationally. He was adjudged the best Songwriter of the Year at the Vodafone Ghana Music Awards (VGMA), 2019.

King Promise net worth is estimated at around $3 million. He gets most of his money from shows bookings and music sales and advertising sponsorship deals. 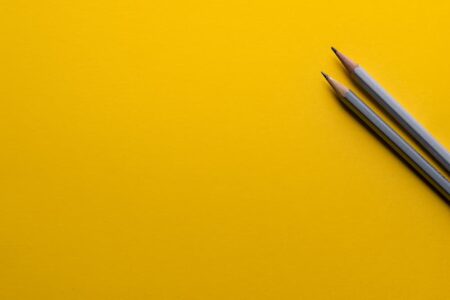