Joselyn Dumas is a household name in the Ghanaian entertainment industry, yet many Ghanaians are only vaguely familiar with the celebrity’s name and a handful of her notable accomplishments. The fact that she is a well-known Ghanaian actress and television personality with impressive curves and enticing beauty is something that almost everyone knows about
Learn more about Joselyn Dumas by reading her biography, which includes her life story and other intriguing facts about her that you probably didn’t know.

Joselyn Canfor Dumas was born on the 31st of August 1980 in the Ghanaian capital of Accra. Joselyn grew up in Accra, Ghana, and had her early education at Morning Star School, which is still in operation today.

Joselyn Dumas was raised by her mother, whom she adores, speaks of frequently, and to whom she is eternally grateful for having made her the person she is today.  On the other hand, She is adamant about not speaking about her father. According to her, she did not have a close relationship with her father. Her mother’s name is Bridget, and her father’s name, who is currently in a relationship with another lady, is not known.

You’re surely unaware that the dame is a practicing lawyer, aren’t you? Whatever the case, after completing her elementary education, Joselyn Dumas was accepted into Archbishop Porter Girls High School, where she furthered her training in the entertainment industry. Upon graduation from high school, she went on to study in the United States for eight years, earning a Bachelor’s degree in Administrative Law. She was a paralegal before she moved to Ghana, and she continued to practice there.

You may not be aware of the person who presented Joselyn to the public. In Ghana, she was meant to participate in a one-year law school program, after which she would be eligible to sit for the bar exam, but instead, she was driven by her enthusiasm into media practice, and she eventually dropped out. At the time, Kofi Okyere Darko (KOD), a long-time radio host and close family friend of Joselyn, escorted her to Charterhouse, which was opened in 2008. The next year, she began hosting Charter House’s Rhythmz, an entertainment show in which she conducted interviews with a variety of celebrities, which led to her television debut.

In the same year, she joined GTV as a co-producer of Miss Malaika, a reality beauty contest that ran from 2008 to 2010 and was hosted by her sister. It took her one year to produce and host Rhythmz before being hand-picked by one of Ghana’s largest television networks to host their first talk show, the One Show, a feminine-skewed talk show that tackled health and beauty issues as well as social issues as well as entertainment and celebrity interviews. The One Show aired from 2010 to 2014 on one of Ghana’s biggest television network

While pursuing her television career, Joselyn began to dabble in the world of film and theater. A good actor is required to be a good presenter, according to her, and the two are inextricably connected. Both in Ghallywood and in Nollywood, Miss Dumas is well-known as an actor. John Dumelo, Majid Michel of Ghana, and OC Ukeje of Nigeria are some of the best actors in Africa, and she has shared the screen with them. Perfect Picture, Adams Apples, A sting in a tale, Northern Affair, The Genesis, and, most recently, Potato Potato are just a few of her notable film credits.

As well as being the founder and CEO of Virgo Sun Company Limited, Joselyn Dumas is also the director of the production company, which has already co-produced its first film, ”Love or Something Like That”, which was endorsed by the United Nations Agency for Development and Cooperation. She intends to produce as well as invest in additional television programs or series, such as V Republic, an edgy television series produced by Sparrow Productions with Executive Production by VirgoSun, which she has seen on the network. The Lifestyle Issue of Schick Magazine features her as the current cover lady.

The fact that Joselyn Dumas was once married, divorced, and had a child is something that not many people know. During her time in the United States, these events took place years ago. Even though Joselyn Dumas has not publicly stated the specific reasons for her first marriage’s divorce , she has previously stated that her young age and lack of life experience were among the elements that contributed to the relationship’s failure.

When asked about her previous marriage, the attractive actress described it as “a good experience,” which she believes would help her be more patient and tolerant when she gets married again.

The fact that Miss Dumas has a lovely grown-up daughter named Senia is not kept a secret, despite the fact that she is excellent at keeping her personal life quiet.
She recently shared her experiences as a single mother, including some of the difficulties she has faced. Joselyn Dumas revealed on her new television show, Keeping It Real With Joselyn Dumas, that she had to end a relationship with a man she had been interested in since she is a single mother. Since then, she has made the decision to tell men right away that she is the mother of a girl before things grow serious.

Failures of Joselyn Dumas, as well as other relevant information

Joselyn Dumas is currently regarded as an outstanding media personality as well as one of the most recognized and admired single Ghanaian celebrities, leading some to believe she has never had difficult times or disappointments. This is categorically not the case. The actress previously stated in an interview that failing during her early days of obscurity motivated her to put in even more effort.
According to her, she awoke one morning to find a newspaper story on the back cover page with her image and the title “Joselyn Dumas is not Cut for this Job” and the words “Joselyn Dumas is not Cut for this Job.” She discovered from the specifics that she had been fired from the production firm for which she had been working. The account was accompanied by a list of her numerous flaws, all of which contributed to her dismissal. She sobbed uncontrollably, but she resolved to work hard and make up for lost time, and, indeed, everything turned out well.
It was the most embarrassing moment of her life.

Her Most Embarrassing Moment

Joselyn Dumas’ most embarrassing moment as a star was the time she collapsed on stage while wearing Denrele Edun’s shoes, a Nigerian odd entertainer known for his eccentricities. What caused that to happen? The Nigerian came up with the game of “truth or dare” while being interviewed by Denrele on Channel O’s news program. In the event that Dumas was asked to reveal her life secrets, she chose the option of ‘dare,’ and Denrele removed his 12-inch-heeled heavy shoes and challenged Dumas to dance in them; the rest, as they say, is history.

Several honors and nominations have been bestowed upon Joselyn Dumas in recognition of her dedication and contribution to her chosen field of study. She was named TV Personality of the Year in 2010/2011 by 4syte TV, and she was also named the hottest Ghanaian celebrity in 2012 by the same network. She also received nominations for Best Female Entertainment Show Host of the Year at the 2012 Global Radio and TV Personality Awards for her role as host of The One Show on Viasat1 and Best Supporting Actress at the 2013 Ghana Movie Awards for her performance in Northern Affair, among other honors.

Joselyn Dumas had her hips grow have been circulating for quite some time now. When her old photographs were compared to her most current photographs, this idea gained traction. Most of her followers, on the other hand, believe she is too honorable to do such a thing, and the allegations continue to be baseless.

The TV star, on the other hand, has begun on a weight-loss adventure that has already resulted in her being slimmer; her hips, of course, will not be forgotten. We haven’t been able to obtain her exact body measurements, but it’s clear that the entertainer stands many inches taller than the standard 5 feet.

Joselyn Dumas is one of the most influential Ghanaian actresses, with a good number of awards to attest to that. Apart from her personal businesses, Joselyn Dumas also makes money from endorsement deals with reputable brands like Range Rover Evoque Ghana and popular  jobs advertisement company, Jobberman Ghana. According to Keninfo.com.ng, Joselyn Dumas has an estimated net worth of $300,000. 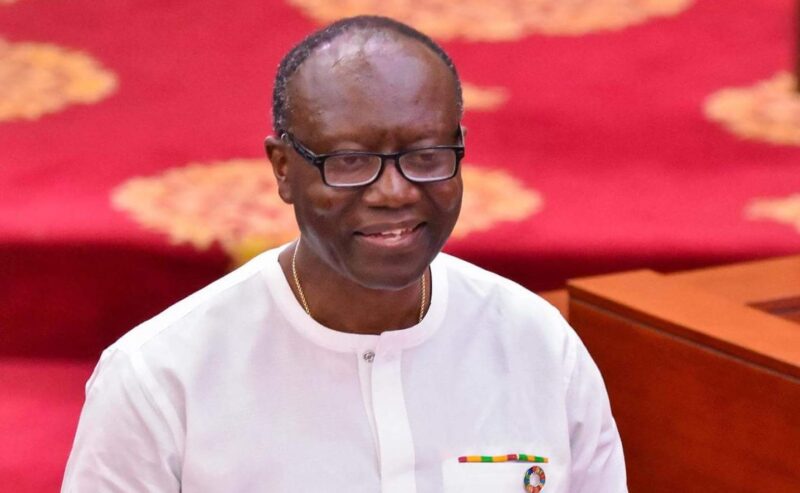