It’s never clear who is actually the dancehall king in Africa because you know how everybody has preferences. And there is no such body that combines all these dancehall music all over the countries of Africa and ranks them. Only a few award bodies add this to the categories for nominations and even still it is rarely for the whole of africa. To those of you who don’t know what dancehall performance really means.

What Is Dancehall Music?

Dancehall music is simply the style of Jamaican popular music which features elements of reggae music including its extensive use of Jamaican Patois rather than Jamaican standard English and a focus on the track instrumentals. One could easily say dancehall music was derived from reggae and has a more subtle touch to it.

In terms of Popularity I would say dancehall King in africa is Shatta Wale. The Ghana-born reggae-dancehall musician and producer Charles Nii Armah Mensah Jr has boldly laid claim to the title King of African Dancehall. But it’s not a false claim. It is a title he deserves. And as if to secure the crown firmly on his head, Shatta Wale, as he is popularly known, released a song titled Dancehall King somewhere in 2013. Which, reportedly, led to him winning the Artiste of the Year at the Ghana Music Awards in 2014. Shatta Wale started his music act  in Ghana from as far back as 2004 and was known as Bandana. The leader of the now Shatta Movement was not as popular then, His music career took turns for the best somewhere in 2013. Now  he is ranked among the most successful and influential artistes in his country.

Who is the king of dancehall music? For Shatta Wale, dancehall is a lifestyle that he is so comfortable with that he is often mistaken for being Jamaican. “Lots of times when I am going through the airports people ask me if I am Jamaican, and I tell them no, I’m Nigerian,” the artiste with a big personality and lots of jokes told The Sunday Gleaner in an interview from his home. The artiste, who rebranded himself when he ditched the moniker. Bandana, has always had love for Jamaican culture from he was a child. His father would play reggae in the house and also took him to the United Kingdom to meet his relatives, who were half-Jamaican. That partially explains his authentic-sounding Jamaican accent and his ability to infuse the Jamaican patois in just about all his songs.

“When I was in school, my inspirations were King Shango, Sizzla, Culture, and CJ Lewis (British reggae singer),” Shatta shared. But then he started listening to Buju Banton and Vybz Kartel and somehow dancehall took hold.

“Some persons in Africa think dancehall is full of badness and is violent, but I am here to show that it is just lyrical,”. The artiste who has created history by becoming the first African act to headline a reggae-dancehall project stated. Produced by a collective that includes Contractor Music Group, Golden Child Records, Beatbopper Records, and Kohanim Records, the project is titled Tropical House Cruises to Jamaica: The Reggae Collector’s Edition. It showcases Capleton, Sizzla, Beenie Man, Elephant Man, Don Yute, and Mojo Morgan and also features Wayne Wonder, Singing Melody, Peetah Morgan, Tommy Lee Sparta, SkilliBeng, and Royce Da59.

“It’s a great opportunity and honour for me. Being the headliner on the reggae collectors’ edition of Tropical House Cruises to Jamaica is no simple thing. But over the years, my work has spoken for itself. When I saw King Shango give me a shout-out the other day, I felt great. Caribbean people embrace their African roots, and we are brothers. I’m looking forward to make history with everyone on the bill for this,” he stated.

But the King of African Dancehall is no stranger to setting musical records. One of which was cast in stone last year when he landed a collaboration with Beyoncé on her The Lion King: the Gift album. In an interview with NBC, Beyoncé said she viewed the album as a letter to Africa, and to give it that authentic feel. She chose the best artistes from the continent. Shatta Wale grabbed quite a few headlines for his Beyoncé collaboration, titled Already. And which also featured Jamaican-American electronic dance music trio Major Lazer.

“One great miracle that really happened to my career was getting that collaboration with Beyoncé. When my management team told me about it, I had to ask if it was the real Beyoncé,” he told The Sunday Gleaner. While he agrees with the theory that says that American acts are reaching out to African artistes for collaborations to boost their own ratings on the continent. Shatta pointed out that Jay-Z and Beyoncé are already hugely popular in Africa. He posited another theory. “I believe that whole album was just about connecting with her roots. And I also think it’s because I’m cute,” he added cheekily.

A four-time visitor to Jamaica, where he soaked up the genre, and everything useful that came his way. Shatta Wale has secured collaborations with a number of dancehall artistes. Among them are Shawn Storm, Jah Vinci, Shenseea, and his daddy, Addi. Of Kartel. He stated, “Oh, I am his firstborn. I follow him only on IG.” Shatta Wale has about 3M million followers on Instagram as at the time of writing this article. His IG blurb states, ‘King of African dancehall’ ‘Son of Gaza King”, along with a crown emoji. It was his collaborations four years ago with Shawn Storm, Party Fi Life, that led to the link with the incarcerated Gaza leader. They now have a song together, Mansa Musa Money. Which is being touted as the biggest collaboration in the history of African dancehall music.

Shatta Wale had planned to shoot the video in Dubai and South Africa, but COVID-19 has put that on pause. But in the meantime, he is busy in his home studio and organising more online events. Like the hit show dubbed Faith Concert in 2020. Which aimed to bring hope to Ghanaians and his fans around the world. Shatta Wale was also selected by the Ministry of Communications Ghana. As one of two headline artistes for the COVID-19 app virtual launch concert held in April.

Among his big hits are Hol’It, which topped BBC Radio 1Xtra’s Afroboss Top 5 songs chart; Kakai, which made waves within the African community in the United States and beyond and topped several dancehall charts globally; Wine Ya Waist, featuring Davido; and songs released from his After the Storm album, for which he did a promo US tour in 2017. His third album. Reign (2018), achieved a record for Ghanaian act by appearing on the Billboard Top World Albums Chart, securing sixth place. And now his latest popular track ‘Hajia Bintu’. A collaboration with a few more stars and a popular celebutante called Hajia Bintu.

The Ghanaian musician, Shatta Wale,dancehall king has defied many odds to rank not only as the best dancehall artist in Africa, but he is also one of the best dancehall artists in the world. His lyrical approach and thoughtful lyrics have propelled him to his position
Shatta Wale continues to drop hit after hit in dancehall and has little competition in Africa. Some of his big projects this year include “Taking Over”, “Ayo”, and “Low Tempo”. While the subsequent years was an amazing year in dancehall, it sets the bar higher for what is to come. Many artists have established themselves on the map this year. And more will be looking to make an impact this new year by featuring in the top list of best dancehall artists.But for now remember the name Shatta Wale when African Dancehall comes in mind. 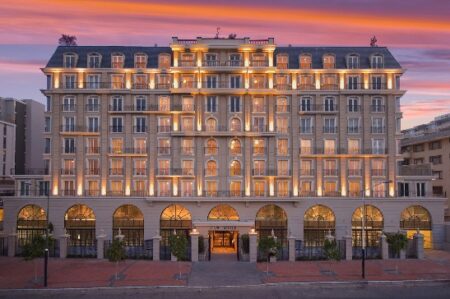 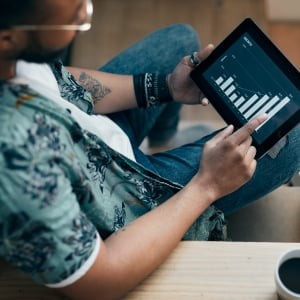