What are the best Music Schools in California?

University of Southern California is a highly rated private university located in Los Angeles, California which is known to be a large institution with an enrollment of 18,560 undergraduate students.

Admissions at the university is competitive as the school’s acceptance rate is 16%. Popular majors that the school is known to be keen in include Business, Communications, and Biology.

The school is also recognized for graduating about 92% of students always and have its alumni earning a starting salary of about $53,800.Thornton School of Music at the USC offers two competitive courses namely Music Industry which is essentially a music business program, and jazz performance which is designed for keen performance.

Admissions at this music school is fairly competitive and it is rate is 46%. Students at the school are known to read popular majors like Musical Instruments, Music Technology, and Voice and Opera.

The San Francisco Conservatory is one of the best music schools in California and like most other great and independent conservatories, it is affiliated with a tier-1 orchestra, the San Francisco Symphony.

University of California-Los Angeles is a highly rated public university located in Los Angeles, California. It is a large institution with an enrollment of 31,068 undergraduate students.

Admissions at the university is extremely competitive as the UCLA acceptance rate is 14%. It is therefore not surprising for it to be amongst the best music schools in California.

Popular majors read at the UCLA include Economics, Sociology, and Biology. Alpert School of Music at the university offers undergraduate jazz program known as “Global Jazz Studies,” and also musicology and ethnomusicology program which is considered diverse in the world.

California Institute of Arts is ranked an above-average private college located in Santa Clarita, California in the Los Angeles Area. It is a small institution with an enrollment of 665 undergraduate students and offers a 4 year programs.

Admissions is very crucial and competitive at the school, and it normally records an acceptance rate of 27%. The popular majors offered at the institute includes Animation, Video Graphics and Special Effects, Acting, and Studio Arts.

CalArts is home to some fascinating and tremendous majors in music like:

California State University-Northridge  is stated amongst the best music schools in California. CSU-Northridge has one of the many undergraduate programs in the country with a focus on two popular areas of contemporary music study – film scoring as well as with a focus also on music industry.

CSUN is among the top colleges in the nation for value, and 82% of their students receive financial aid, which are often through grants and scholarships that don’t need to be repaid. They also offer hundreds of student clubs, and resources like

All these clubs and fraternities are to help you thrive not just academically, but personally, too.

This institution is also considered to be amongst the top-tier music schools in California.Los Angeles College of Music focuses on contemporary popular music – that includes

The Los Angeles College of Music (LACM) is known for preparing students to be leaders in the music industry, and so offers higher education degrees in contemporary Music Performance, Production, Composition and Industry Studies.

Azusa Pacific is a fine school of music based outside of Los Angeles and offers a unique program that only few other music schools in California do.

This is a major in Music and Worship. Although the degree is not required for a job in a Church, it gives students an advantage when searching for a job in a religious institution.

Double-degree programs in music are offered by this institution which inculcates an outside field, making this a strong choice for a student interested in both music and academics.

Music Education is one of the most popular majors at this school, which is actually the trend throughout most music departments and programs in the country. Music degree are awarded licensure in California upon graduation.

Chapman is amongst the amazing music schools in California, and it is best known for its program in voice. This program is primarily offered by a classical voice school and also allows upperclassmen to take classes in jazz voice.

The school also gives students a solid foundation in the two most significant and difficult genres of music.Chapman is also well-known for a program in Piano Performance.

Chapman also empowers a community that fosters creative thinking and expression of all perspectives. Chapman’s campus is the perfect size—not too big, not too small—and this allows for effective and innovative programs to be a focal point of the institution.

What are some other good music schools in California to consider?

The music schools in California are known to be institutions which are world-ranked and distinctively recognized across the globe. They are also suited in a world-class city known to be driven by technology. 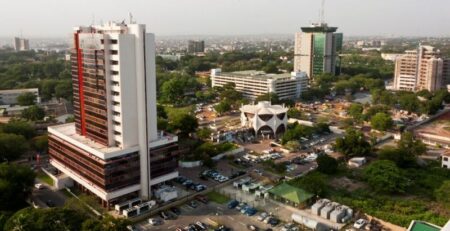