Berla Mundi Biography: Berlinda Addardey was born on April 1st, 1988 in the city of Accra, which serves as Ghana’s capital. Both St. Theresa’s School and Achimota School were her educational institutions of choice.

After completing her secondary education and earning her diploma, she applied to and was accepted to the University of Ghana to pursue studies in languages and psychology. At Alliance Francaise, she received her French education. In addition, she received training in journalism at the Ghana Institute of Journalism.

Berla Mundi is the stage name of Ghanaian media personality, public relations expert, and businesswoman Berlinda Addardey. Addardey has won several awards for her work in the field.

After working for GHOne for more than five years, she is now employed by TV3 in the United Kingdom. Following her success at the Miss Malaika beauty pageant in 2010, when she was placed in the runner-up position, she launched her career as a media personality.

Before we go any further, here is a brief summary of Berla Mundi’s profile and a few interesting facts about her that you might find interesting:

The year 2010 was Berla Mundi’s debut in the world of entertainment. That year, she competed in the Miss Malaika beauty pageant, where she finished in second place. Since then, she has gone on to pursue a career in the entertainment industry. She gained sufficient experience during the competition, and after some time, she was able to secure a position at GHOne TV, which is a subsidiary of the EIB Network.

She has more than eight years of experience working as the main presenter for GHOne TV, but she is presently employed by TV3 Ghana, which is a subsidiary of Media General Ghana Limited.

According to Avance Media, the media personality who has won several awards for their work has been named the most influential Ghanaian in 2017. She is presently the host of ‘Moment with MO,‘ which is Africa’s first syndicated show and airs on DSTV.

In addition, she collaborated with the University of Central Oklahoma to host a forum in Ghana titled “Education in the USA,” which drew in hundreds of participants. She also collaborated with MZUZAH Africa to host educational summits on sustainable development in Accra and the United States.

Because of her dedication and hard work, Berla Mundi has been honored with a number of prestigious accolades, including the following: 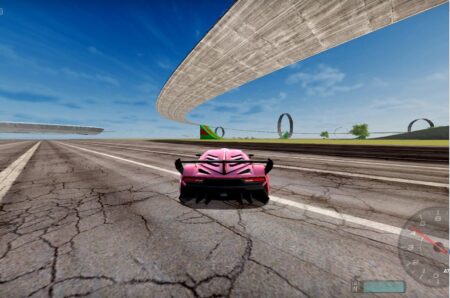