Asamoah Gyan born on the 22nd of November in 1985 is a Ghanaian national who has made his name in international football through his scoring mindset. He has played in four different countries including the worlds best league, Premier League.

Asamoah Gyan was born and raised in Accra, Greater Accra, Ghana. He is a son of Cecelia Amoako, his mother and his father, Baffour Gyan. He has two brothers, Baffour and Opoku Asamoah.  Asamoah Gyan lost his mother in 2012 to an accident.

Asamoah Gyan  nicknamed ‘Baby Jet’  played as a for several football clubs in Europe. He is the first Ghanaian Player ever to score a goal at the FIFA World Cup Finals and also missing a crucial penalty kick in the last minute of extra-time in Ghana’s quarter-final.

He signed for Udinese in 2003 from Ghanaian club Liberty Professionals located in Accra, Gyan spent two years on loan at Serie B club Modena to gain match experience. Following some excellent displays during the 2006 World Cup, he attracted interest from Russian club Lokomotiv Moscow. Gyan returned to Udinese at the start of 2006, but on 17 February 2007, Udinese pulled out of a deal to sell him in the January transfer window. The striker was on the verge of signing a 3-year deal with Russian Club Lokomotiv Moscow for US$10.5m, the fourth largest transfer fee in Russian football history.

On 11 July 2008, Gyan was signed by French Ligue 1 Club Stade Rennais for 4 years on an â‚¬8 million transfer fee. Gyan played 48 times for Rennes, scoring 14 goals. By the end of his stay at Rennes, he became a well known goal scoring figure, scoring 13 league goals in the 2009-10 seasons. However, Gyan only played three games in Ligue 1 the following season, taking his total appearances to 53, before he departed for Sunderland.

On 10 September 2011, it was confirmed on the Sunderland website that Gyan would leave on a season long loan to club Al Ain FC. Amid speculation of a fee of up to £6 million being paid for the loan period, with Gyan receiving up to four times his previous salary, Chairman Niall Quinn emphasised the financial benefits of the deal for both Sunderland and the player. Gyan also stated that he left Sunderland for money, saying that the offer he received was “too good to refuse”. The Ghanaian finished the season with Al Ain by helping them capture their tenth league success and was the top goalscorer in the season with 22 league goals.

Gyan made his international debut at the age of 17. Gyan scored on his senior International debut for Ghana against Somalia on 19 November 2003 in the 90th minute, he came on for Isaac Boakye in the 62nd minute in a 2006 FIFA World Cup qualifier, three days before he turned 18 years; helping Ghana to win that game, and making him the youngest ever player to score for Ghana. He scored four times in seven matches during that successful World Cup qualifying campaign. He was part of the 2004 Ghana Olympic squad, who exited in the first round, having finished in third place in Group B.

He also scored the fastest goal of the 2006 World Cup after 68 seconds. The strike was also Ghana’s first ever goal in the World Cup, coming in the game against the Czech Republic on 17 June at the RheinEnergieStadion in Cologne, Germany, which set the Black Stars on their way to a 2-0 victory. He missed a penalty later in the game, and received a yellow card ruling him out of the final group game for trying to take the penalty too early. In Ghana’s defeat to Brazil in the Round of 16, he was sent off in the 81st minute after collecting his second booking of the match (for diving).

Asamoah is an award-winning precise goalscorer who has set records for the Ghanaian national team together with Al Ain Football Club.

Gyan started dedicating his focus on Promoting Boxing. He believes that Ghana has a lot of unattended talents on boxing and he believes through this journey, he will be creating some sort of hope for the sport to be fueled up to what it used to be.

As a businessman, Gyan is said to own a club in Ghana and he launched his business in 2018 with his close friend, Nina.

Asamoah Gyan is a football legend who has worked throughout his career being known as a remarkable striker. Through his club changes, they all came with different financial figures and he has made quite a huge sum in his career.
Gyan has shocked people with his La Basilica De Baby Jet, a luxury mansion with 3 floors which each has unique features and is estimated to be worth $3 million. He builds his house with a beautiful view facing Weija Dam. The house is said to have bulletproof doors and has many more interesting features.
Asamoah Gyan is a huge car fanatic and he owns a collection of different cars including a Rolls Royce Phantom which reportedly costs $400,000 alongside his  Mercedez-Benz SLS AMG which costs $250,000.

Today, Asamoah is considered one of the richest footballers in Ghana. He is estimated to be worth over $23 million.
As a business his net worth is growing simultaneously with his businesses, Ma Vits Noodles and Rice, Asa Band, Boxing Promotion, Jetlink Events and Logistics, Baby Jet Plaza, Real Estate and Transportation.
Share. Facebook Twitter Pinterest LinkedIn Reddit WhatsApp
Previous ArticleDr. George Dampare, Ghana IGP Profile Read
Next Article Thomas Partey Career Profile 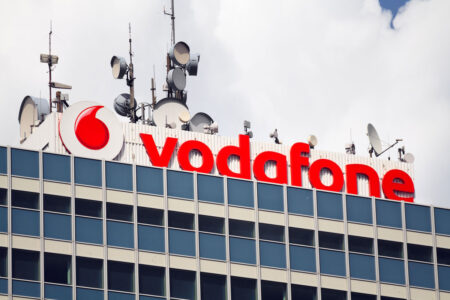 How To Buy Airtime With Vodafone Cash 2022